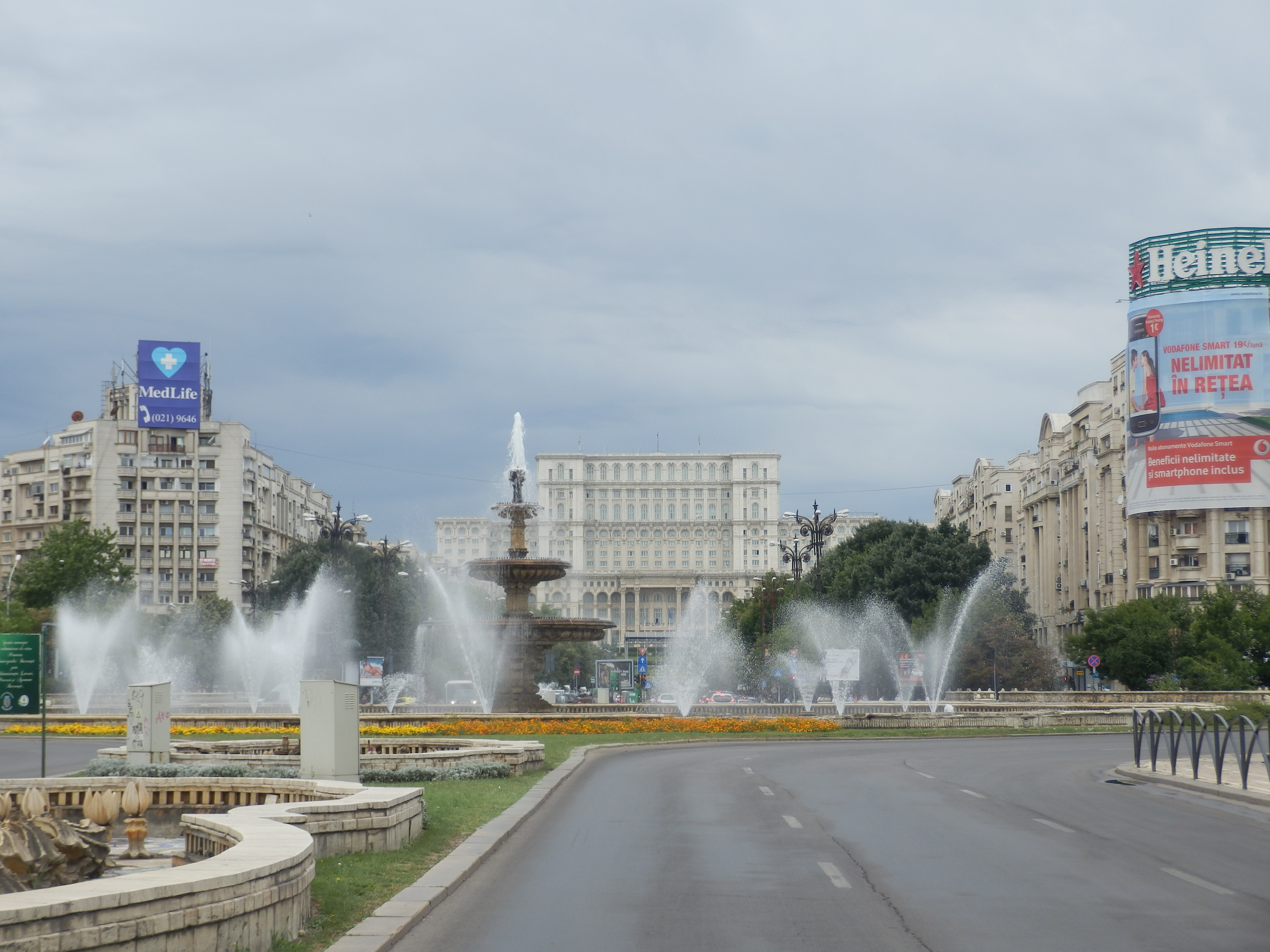 Romania should be towards the top of the list of Places to Visit. It is similar in land coverage to the United Kingdom with a population of about a third.

The country boasts plenty of culture  for absorption and wilderness to explore.  The mountains make their jagged way past Bucharest, before reaching the Black Sea with a plethora of history and scenery to see on the way.

The naming of Romania relates to the Roman empire that once controlled the region. Succeeded by the First Bulgarian Empire, then the Mongols Empire.

Prince Vlad III Dracula became a national hero in the 1400s -for revolting against the Boyars. Vlad was the key player in gaining the country its’ independence.

For the rest of us Vlad the Impaler is an entertaining horror story, whose castle you can visit.

The trip was a last-minute expedition. The company of my wife had paid for the flight and the hotel. She was not going to have much time for sightseeing so I would have to make up for it. Having had not much time to put together a tourist plan, a quick bit of web-surfing showed that there was plenty to visit.

Flying over Bucharest the impressive mountains were barely visible in the distance as a backdrop to the visibly large city below. One of the most surprising things was arriving at a modern airport.

outside the airport, we got a taxi to the well-located Golden Tulip Hotel. A modern hotel situated on one of the main avenues to the centre of town, boasting good views over historic landmarks.

The intimidating Palace of Parliament does not need to be first but should be on the top ten in the list of places to see.

The Palace impressively stands alone on a hill made for the purpose. It is a mountainous building at the end of Bulevardul Uniri. The sheer scale of the palace cannot be done justice by a photo.

Even looking on Google Earth it is hard to get any real sense of scale from the other buildings around it.

The 2.5 Million Cubic meter complex was furnished with the most expensive materials available at the time. The building commissioned by Nicolae Ceaușescu for his ultimate pleasure stands as a reminder of his dictatorship.

It now operates as a government office. Ceaușescu’s exotic tastes also helped it retain the title of the heaviest building in the world, at over 4 million metric Tons. Tours are available of the complex.

After a pleasant walk down Bulevardul Uniri from the Palace, and making a left somewhere along the way, you can find the Old Town. Walking everywhere gives a tourist a good feel for the location and culture.

The size of the city on a map seems disproportionate to the space taken up by the palace; it is an easy place to get lost if you have little sense of direction. Embarking on a random adventure is fine, but there are more efficient ways to see the city.

Take a map from the hotel and ask around, everyone is very friendly and helpful. Not asking a local for directions, meant it took over 2 days to find the Palace.

It took a further day to stumble upon the clearly signed Old Town that I had been circumventing prior to that.

You can walk in from the riverside to the pedestrianised centre of the old town. Boutique shops, restaurants, and more importantly bars, are there ready for consumerism.

All venues are set serenely under Parisian styled 3-4 storey stone-clad buildings. In the summer they set up dining tables in the street, it is a pleasant place to take a break and cool off with the local wine and beers.

Going out is cheap in Bucharest, for 2 people you would expect to pay 30 Euros for a 3-course meal with a decent bottle of wine. This will give a dining experience on par with any upper-class area in the rest of Europe.

There is a lot of local food on offer, it is exceptionally good. But as with all cities of the world, modern eclectic dining has hit, so any type of meal is possible.

Driving is a bit hap-hazard; traffic laws are for the most part ignored. Unless the nominated driver is feeling brave or reckless, an alternative form of transport should be sought after.

We did not rent a car– on retrospect I wish we had – but we only had a brief time there.

By walking, you get to see so much that otherwise would shoot you by, as well as giving you the possibility to stop and look at things that take your interest.

There is a metro system that is good, buses are possible. If you want ultimate safety starting and finishing your visit, most hotels put on an airport shuttle-bus.

Taxis are adequate – we took a good one from the airport- most were reasonable and friendly. We only had one unpleasant experience with a cab driver that tried to rip us off for 100 Euros.

This sort of thing can happen anywhere in the world. One-off disagreements with taxi drivers are not going to be enough to stop anyone from revisiting a country, anyway I had won the argument.

We never got to visit the mountains or the Black Sea which is something that we heard is superior to Bucharest. 4 nights as it turned out, was insufficient to see the main city, let alone the expansive countryside.

Romania is an underrated holiday destination that is sure to leave any first-time visitor, only regretting that they should have gotten better organised.