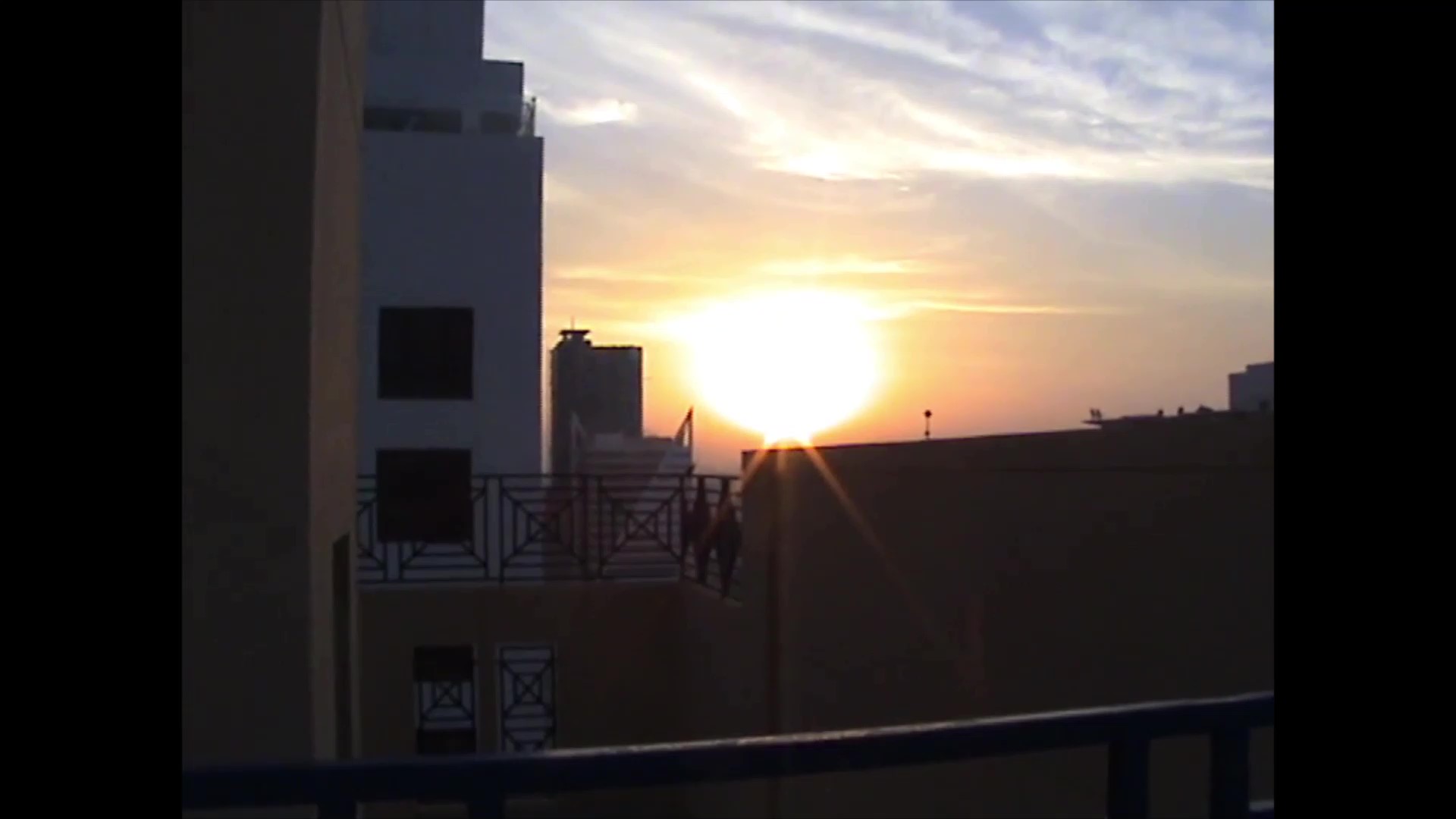 This small sea-level island in the Persian Gulf, for many, is more identifiable as an oil producer than as a Formula-1 venue and tourist destination. The country is connected by bridge to Saudi Arabia on its west side.

Qatar is to the east of the island with a semi-completed bridge intended to connect the three countries. Most of the population is concentrated towards the north of the island, away from the expansive oilfields, nearer the harbour and airport.

We went for a week and to our great surprise, there is a lot more to see and do than we first thought.

Stating the obvious, it is a hot country, we went at the end of October and it was over 35Co [95F] at mid-day with 90% humidity, though I believe that is extreme for that time of year.

The desert and hot salty sea surrounding the country keep it snow-free all year round and near-zero rainfall.

The international airport is built on a separate causeway, connected by a short bridge that runs to the city of Manama. The airport, that manages a lot of connecting traffic for the local carrier Gulf Air, is well supplied with shops.

The airport is a good place to get last-minute tourist tat, surprisingly difficult to track down in the city.

There is some fascinating architecture on in Manama, the Four Seasons on Bahrain Bay looks like a giant ‘H.’ The tower is near the airport and built on its own little island giving its guests uninterrupted panoramic views.

The 50-story World Trade Centre is a two-tower complex, with 3 bridges, and a wind turbine built into each of the bridges to generate electricity for the building.

The tower makes a good landmark when hiking around. They light the WTC and other new projects up at night, making the bay a good place to eat and take photographs.

It was a mystery to us why, when the country had so much land, it was necessary to reclaim land to build on. A local told us, it was due to the oil fields and the underground pipes that connect them all. In reality, the barren surface represents some of the most expensive lands in the world.

A vast part of the city is perfectly flat and new, if it was not for the heat, the place would be perfect to walk around all day. The roads are big, dusty, and the infrastructure of the new part of the city is laid out for a Dubai style future expansion.

There is a large motorway that is packed full of traffic in the rush hours. If it was possible to walk across it, we could have been in the City Mall in 5 minutes. We had no choice but taxi, resulting in a 10-minute drive zigzagging over to the mall.

There was another Mall near our apartment that I walked to a few times. It was hot work and walking is just not a real choice. It is a guaranteed way to get ill; dripping with sweat walking into a freezing cold mall.

The Kingdom of Bahrain relies on oil for most of its revenue, as a result, there are many foreign oil workers living there, and the US 5th Fleet to protect it all. This makes the capital more suitable for the party going foreigner wanting a westernised experience.

Alcohol is not the most important thing in the world but if you want a drink, other than tea, it is in a hotel pub or the Hardrock Café. If drinking on a budget is your thing, then you are going to be disappointed, a pint of Guinness will cost at least $10.

As one would expect in the Gulf, the malls are big, new, and impressive. There are some large shopping centres where people do a weekly shop. Then there is the world-class, City Centre Mall under the The Westin and Le Meridian Hotel, with 340 shop and 60 restaurants.

The City Centre mall has a full-sized water park on the roof for children and thrill-seeking adults. My personal favourite is the cinema, tickets cost the same for regular screenings as with European prices, or you can double up and go to the VIP cinema with full- electric reclining sofa and leg rest.

Bahrain is family entertainment-oriented, and most Malls have rides for children. The malls have indoor amusement parks with medium-sized rides away from the intense heat.

Every shopping need is catered for. It should be pointed out that even though it is going to be 30+ outside, inside the A/C is cold enough to justify a jumper or jacket.

Public transport is available, get a taxi. Walking is not a real option; it is so hot you will be dripping with sweat walking 100-metres to the freezing mall over the road.

Everyone wants to have a look at the desert. It is a small, sandy country, 9 miles at its widest. It is only 30 miles from end to end of the island, so the desert comes up quick on leaving the city.

As you drive into the central zone, on the traffic-free motorway, you will see signs to the formula-1 track, a few miles further on, the Tree of life. It is simply amazing how fast any signs of habitation vanish on the way.

The Tree of Life sounds mundane; it is interesting, a little odd, it sits on its own on a hill in the middle of the desert with no other vegetation around it.

Bahrain along with many of the countries in the area have aquifers, used for drinking water before desalinators were invented. Sometimes these aquafers appear as natural springs, that some say to water the tree, others say the tree has mystical powers.

The sand in the area is particularly soft, as we found out when the wheels of our Automatic saloon car started to spin. Needless to say, we got out eventually.

At the worst case, we would have had to wait an hour for a tow, everyone has a few bottles of drinking water available in the car for emergencies.

After the Magical Tree, we went to the far end of the island where they had made a palm island-style project. Since Dubai had taken all the press, we had never heard of this one, and it is equally as impressive.

The man-made beaches are a perfect shape, the water in the sea is as hot as a bathtub’s. At the time of visiting the project, Islands were still being built, but we ate a perfectly acceptable sandwich in the café.

Most restaurants sell a bottle of non-alcoholic wine, or you can have a fruit punch with the meal. The local food is of a Tapas-Meze style; fish, lamb, beef.

We ate one or two local meals, but most of the time dined at international venues, where you can lazily eat recreations from your own country.

We ate [got drunk] at several venues, a desire to drink will limit the restaurants that you could be going to. Le Meridien has an outdoor bar, you can sit there getting wasted, watching the desert, and listening to a very good live band.

Or go to the Hardrock café, have a familiar meal that is exactly the same as the rest of their franchises. Sherlock Holmes pub had a similar menu to the Hardrock.

It is great if you can afford it, but hotels are expensive, and restrictive in terms of being able to look after yourself. The space in a hotel room and the inability to open a window tend to give me claustrophobia.

Hotels are fantastic to dine at, or just have a casual walkthrough, but the furnished apartments on offer are really good. We rented a 200 square metre fully furnished 3-bedroom apartment just over the road from the city centre mall was the Tulip Inn Bahrain Suites & Residences.

Having a fully usable kitchen means that after a long day, you can sit and relax without having to get cleaned up to eat again.

The place we stayed at had a gym and pool on the roof. At the time we stayed there, someone was building a new high rise opposite, which may have lowered the rental price.

Just the space over a hotel room, a large bedroom, make a coffee or a full dinner. Ordering a pizza and relaxing in the 80m2 living room, watching TV on a full-sized TV, just makes it all more like being home.

Because of the dust and heat, the window was closed during the day, but at night it makes a difference to get some fresh air in. The residence was also a manageable walk to The Bahrain Mall that has a big supermarket among other shops.

Worth a visit. It is different and will continue to be different with each visit. The hospitality of people, regardless of being a random stranger on the road, is higher than the rest of the world. Perfect for a shopaholic or just to see something a bit different.

A very enjoyable visit and it taught us you can have a good time on a cup of coffee. Even though the country is small, a 3-day visit would be pushing your tourist abilities.

10-days on the other hand, unless you can get a visa to see Saudi Arabia’s fastest-growing city Dammam, was too much. So, the advice is, just enjoy 5-days of burning through cash in Bahrain, before returning home to save up for your next trip.